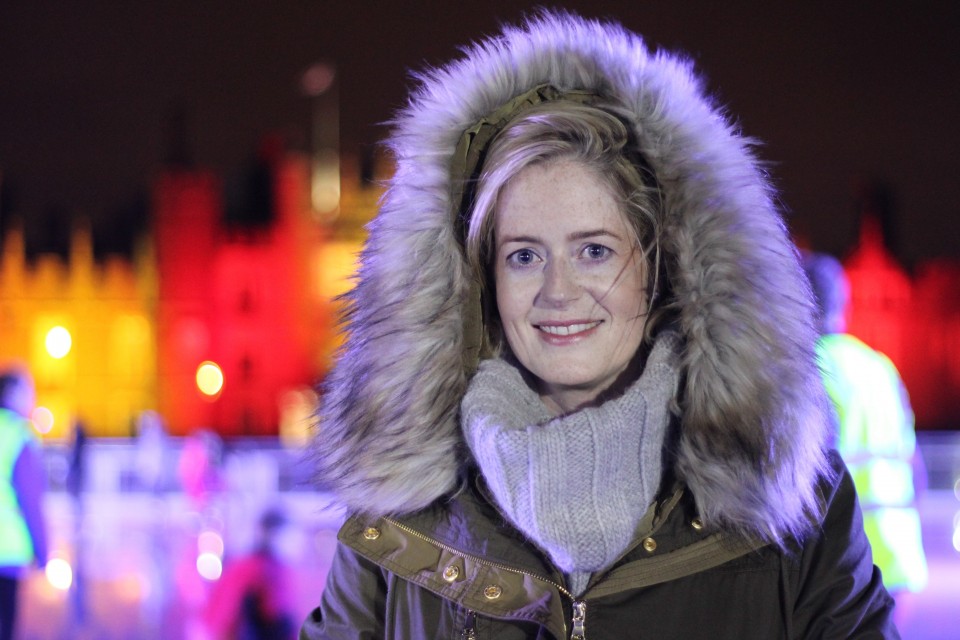 Before hotfooting it back to Singapore shores, which I reached last night (is there anywhere better to be in January? I don’t think so; it’s lovely to be home) I popped up to London for a few days to stay with my sister and meet her darling new arrival, my new nephew, Jago.

She knows that I don’t get much chance to don a pair of skates in SG so – as if she didn’t already have her hands full – rather sweetly planned a skating trip to Hampton Court Palace in Richmond, not too far from Barnes where she lives and where I’ve been staying.

We tried to get a slot on the Somerset House rink but it was rammed. In a way, Hampton Court is more spectacular and skating under the shadow of the Tudor front of King Henry VIII’s palace on the banks of the Thames wasn’t a bad way to go. 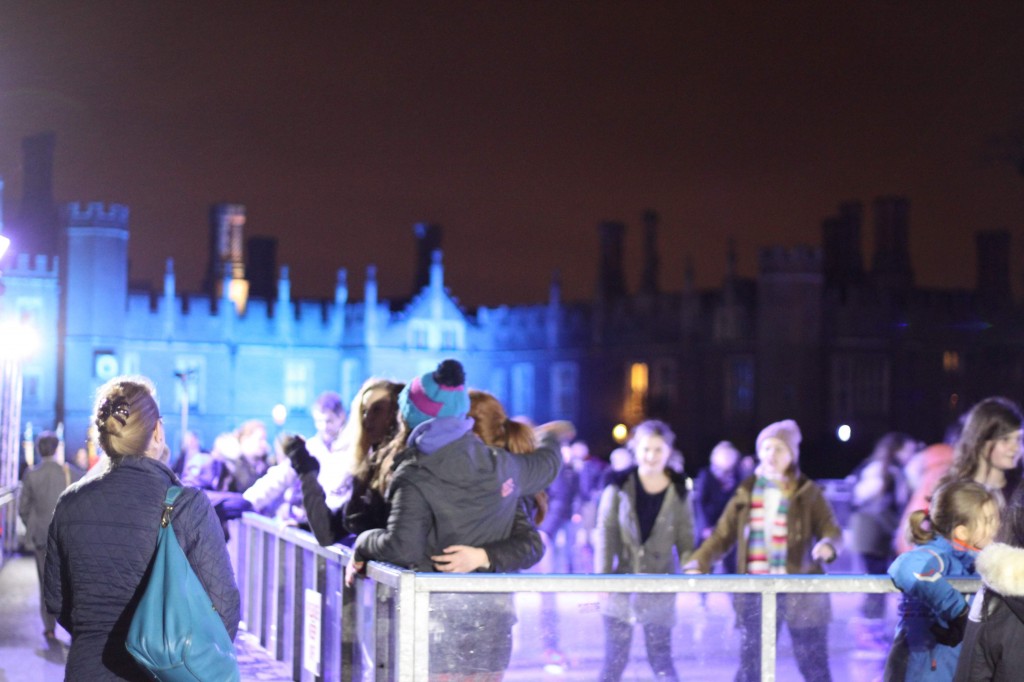 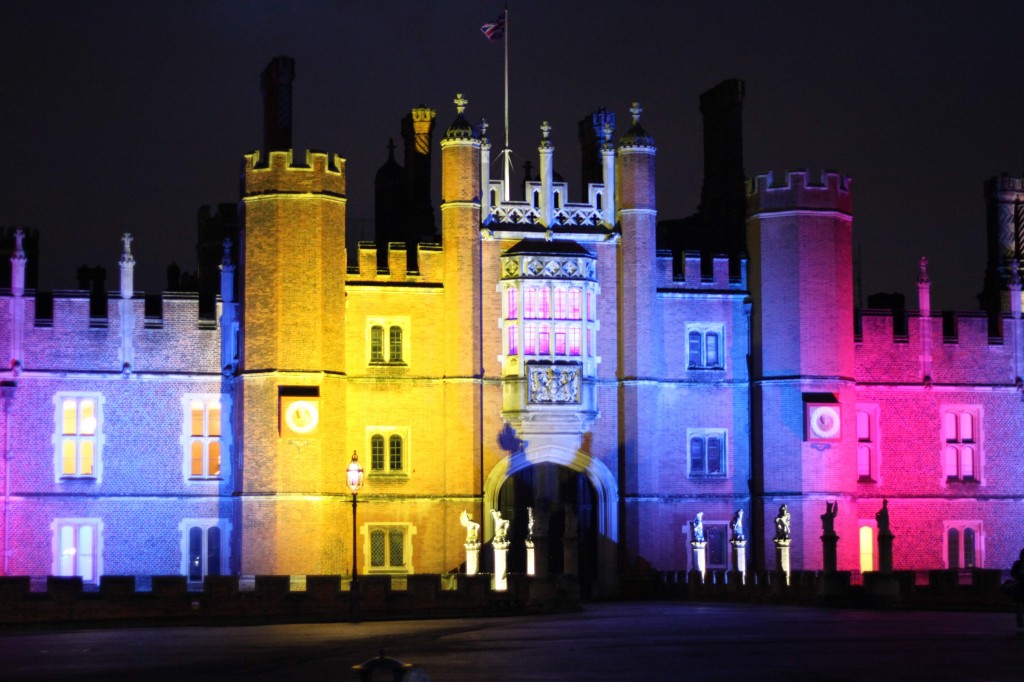 I had an excellent skating companion: four-year-old Rafferty, nephew number 1. A child under 10 is, in fact, the ideal accessory as they qualify for a steadying Penguin that I think I needed more than he did:

I am like a labrador on a wet lino floor as soon as I set foot on a rink but together we managed about 50 minutes and were frightfully pleased with ourselves. 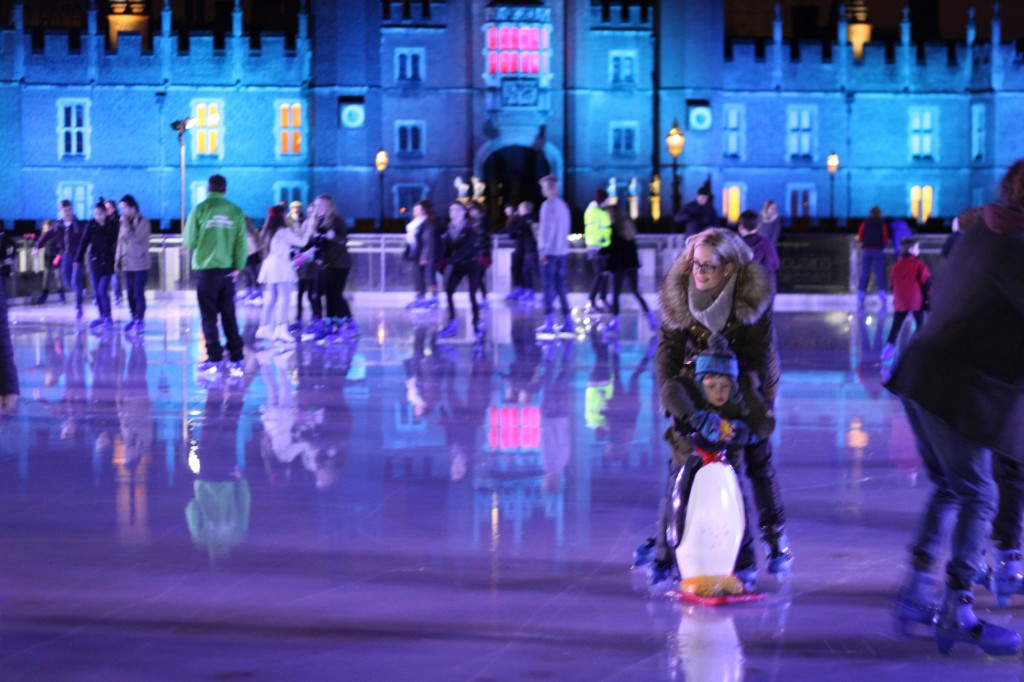 Cue compulsory glass of (horribly overpriced but very welcome) mulled wine at the Pieman’s café that was just next to the rink: 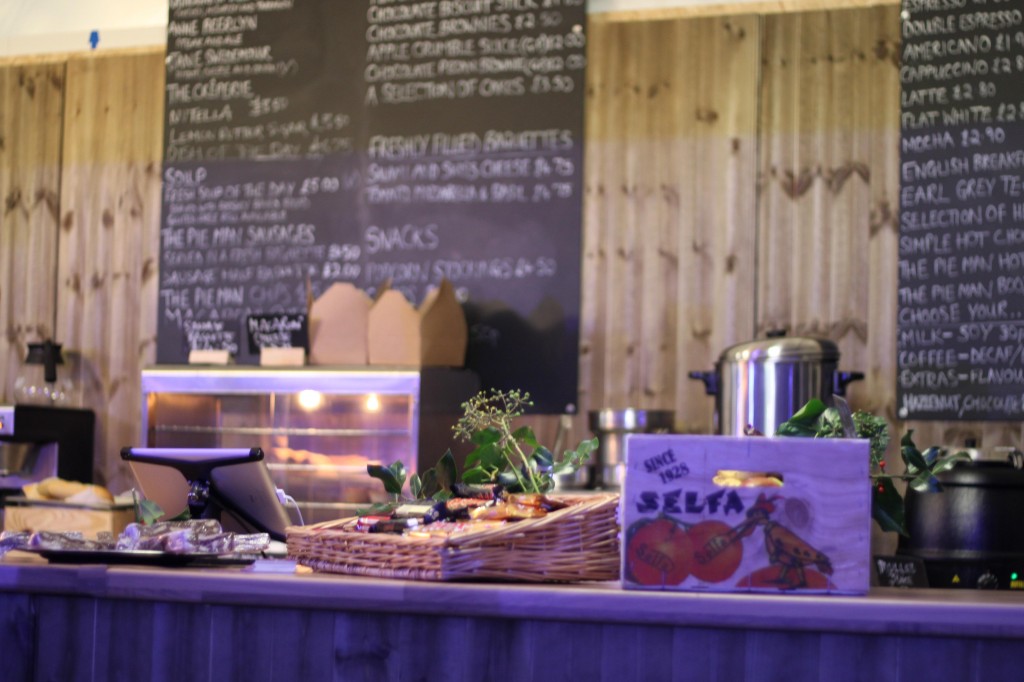 The only two people who didn’t manage to blend in were my mother and sister who turned up to spectate wearing flip flops due to a recent pedi earlier on in the day…Raff and I had no choice but to try to pretend we weren’t anything to do with them. Naturally. 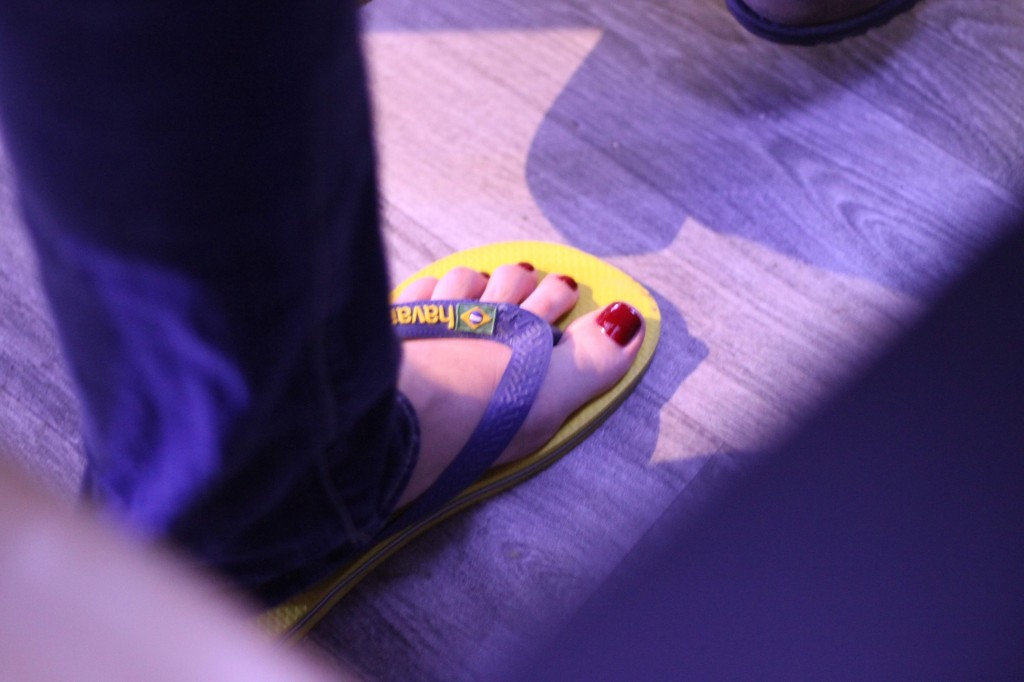 Even Jago was unimpressed:

Otherwise the place was a sea of fur and frivolities and a great start to the new year.

The rink closed on 4th January and was open from 21st November. For more info on skating at Hampton Court Palace, click here. 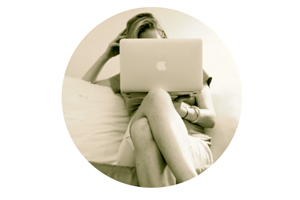